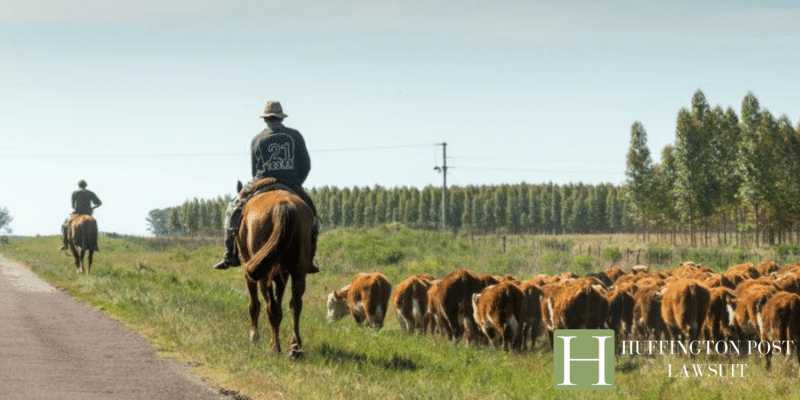 Once upon a time, there was a country named after a river, Uruguay. Officially, this country is called the Oriental Republic of Uruguay, because it expands to the east of the riverbed that the Guaraní indigenous population knew since time immemorial as the “river of painted birds.” Going through its course -which is a mirror with neighbouring Argentina- will take us to the Río de la Plata on a journey through the purest essence of this country of pampas, gauchos, of course, soccer. Because we will travel far again and Uruguay will always be a good option.

The tour will also reveal unusual stories such as that of San Javier, a town of 1,900 inhabitants. A religious community of Russians initially made up of 580 people arrived here on July 27, 1913, says Leonardo Martínez, great-grandson of two of them, the Gayvoronsky. His old place of worship (which is no longer practised, because “they did not know how to transmit us the way of professing it but which we preserve for a cultural issue, not for conviction,” he adds) remains anchored in time. As well as the house of the so-called patriarch and the old warehouses.

Still today they maintain the folklores that came from the Russian steppe (in gastronomy, crafts, dance and festivals such as the Sunflower, a plant that was introduced in Uruguay), but also corporatism that characterizes them and differentiates them from the nearby New Berlin, with which they share the Esteros de Farrapos National Park, a wetland of 18,000 hectares.

Both in San Javier and in Nuevo Berlin – named in 1875 by its founders, the brothers Richard and Karl Wendelstadt -, the visitor will be able to venture into the waters of the Uruguay River either by kayak or to fish for dorado, bangers and other local species in the privileged landscape of this park where various ecosystems coexist. It also includes 18 islands, from whose multiple flowers a praised artisan honey is obtained. The curious thing about beehives, cared for by beekeepers who pass on their knowledge from generation to generation, is that they are floating to avoid the rising of the river.

Following its course, but also by road after about 40 kilometres, we will arrive at another prodigious place: Fray Bentos, whose industrial landscape was declared a World Heritage Site by Unesco in 2015. Why? To answer this question you will have to know some facts and a little history. The cow was introduced to Uruguay by the Spanish in the 17th century. It was reproduced in such a way that today this country of 3.5 million inhabitants has around 13 million cattle, most of them raised in freedom in the vast expanses of the country.

It is not surprising, then, that the Asado is a ritual that the Uruguayan does not forgive, nor that corned beef or salmuerizada veal was invented here, which fed the troops in the two world wars and, later, the population of one Europe gripped by famine. That miracle was forged in Fray Bentos, in the Anglo Refrigerator, initially called Liebig’s Extract of Meat Limited Company: it was the German chemist Justus von Liebig who, in 1865, had the idea of ​​what would later become known as the “world’s pantry.” .

Here, for the first time in the world, the meat extract (the cubes of “Cook or enrich?” ) Would be manufactured at an industrial level, according to the formula of this German considered the father of organic chemistry. To take advantage of the leftover meat, it was prepared in brine and canned. The broth nourished, the canned meat comforted an empty stomach. Even Prince Charles of England on a visit to this industrial heritage revealed that he grew up eating corned beef. The factory also had a sophisticated refrigerator that allowed the best Uruguayan meat to be sent to Europe and even Asia, which is still among its largest exports today.

The definitive closure of the Anglo took place in 1979. However, it was saved from oblivion by recovering its facilities, which today can be visited with a guide. It has a museum of the Industrial Revolution from which you can access the manufacturing plant, with its machine room, mechanical laundromat, extract department, animal bath, slaughter room … as well as the offices and residence of the manager.

Another part of its facilities now houses the eastern headquarters of the Technological University of Uruguay, a country that has been committed for years to knowledge and innovation. The arrival of students has given rise to the rebirth of Fray Bentos, wherein its day 60 nationalities coexisted and there was no lack of theatres such as the Young, whose beauty competed with the facades of the Italian Society, the Cosmopolita or the current Solari Museum in the Plaza de la Constitución, where there is still a kiosk replica of the former Crystal Palace of the Queen of England, sent from Cardiff in 1901.

But the postcard is at sunset over the waters of Uruguay, which flow into the Río de la Plata. This is not really a river, but the estuary formed by the union of the Paraná and Uruguay rivers. Its kilometre zero is located in Punta Gorda. So far Juan Díaz de Solís came from Sanlúcar de Barrameda looking for a passage between the Atlantic and the Pacific. Besides being the first European to discover “a sweet sea,” as he called the Río de la Plata, he found death devoured by cannibalistic Indians.

Today a monolith stands in his memory and in that of the European discoverers, recalling his feat. Centuries later another European would arrive but with different intentions: Charles Darwin, who spent six months in these lands recovering information for his theory of evolution.