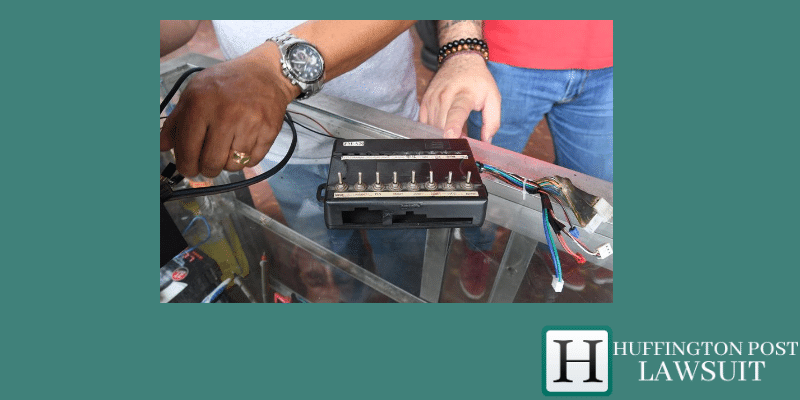 Vehicle theft does not stop in Guayaquil, despite the fact that the Judicial Police (PJ) daily reports the recovery of stolen automobiles.

But in addition to the disappointing statistics, the implementation of new forms of theft worries citizens. Now, the doors of the cars are no longer forced, it is observed in several videos.

This is because through the use of electronic devices it is possible to deactivate the alarms and take a car in a few seconds. This happened the first week of this year in Urdesa, in the north. And it was repeated in Sauces, also in the north, and then in the south of Guayaquil.

This type of robbery also usually occurs in shopping center parking lots, since there are a large number of vehicles of different models and brands, criminals have more possibilities, says Jairo Gómez, manager of MultiJairos, in whose premises alarms and alarm devices are installed. tracking.

Thieves look for a signal receiver to find a compatible car and open it. Photo: Jorge Peñafiel.

He explains that car alarms work on one frequency and criminals use a signal receiver. Thus, if the signal of some cars is compatible, they open. Therefore, the alarms are only 80% safe, he says.

Gomez adds that most alarms in Ecuador work on one frequency. He assures that another frequency is imported that can be installed even in older cars. This one is more difficult for thieves to discover and costs $ 140 (including installation service), he says.

Tracking devices are another option gaining more demand in the local market. They also cost $ 140. A chip must be purchased and a $ 10 basic plan is purchased. There are also other plans and rates.

There are tracking devices on the market starting at $ 140, as a security measure. Photo: Jorge Peñafiel.

“It’s like having a cell phone attached to the car that is always transmitting the location and that can be checked on the cell phone,” explains Gómez.

The installation of this type of GPS, the size of a credit card, is done in different parts of the body to prevent criminals from removing it, experts say.

Wilson Galarza, manager of Autolasa, assures that these devices are similar to a cell phone, but that as technology advances, crime also updates.

He says duplicating locking devices from brands like Chevrolet is very difficult, since the cars come from the factory with a security code. He says that when a car is bought, they give the customer two keys, but if he wants a third, he must contact the factory, he says.

Autolasa checks a card, which has a code, to activate the tracking of each car. Photo: Jorge Peñafiel

Galarza admits that there are cell phone jammers, which can be used to override the GPS (in the case of a tracking device) and the signal. This gives the offender time to take the car and remove its parts or bone it as it is popularly known. That is why he recommends insuring the vehicle and hiring the tracking service in a safe place. Explain that ChevyStar devices emit a signal for up to 48 hours after being unplugged.

The device costs the first year $ 529 (equipment and installation) and the renewal (second year) $ 299.

The Zone 8 Police Commander, Víctor Araus, says that the possibility of leaking valuable information from the concessionaires that violates the alarms is being investigated.